The Great Ocean Road starts at Anglesea and travels 244 kilometres westward to finish at Allansford near Warrnambool, the largest city along the road. The road is two lane (one in each direction), and is covered by a speed limit changing between 80 kilometres per hour and 100 kilometres per hour. 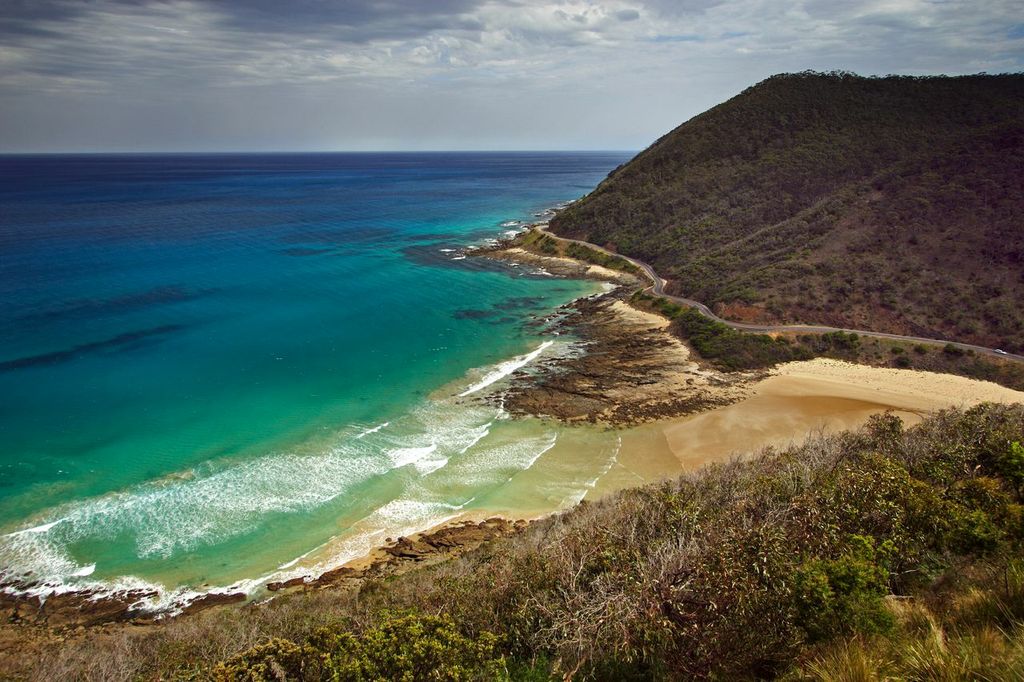 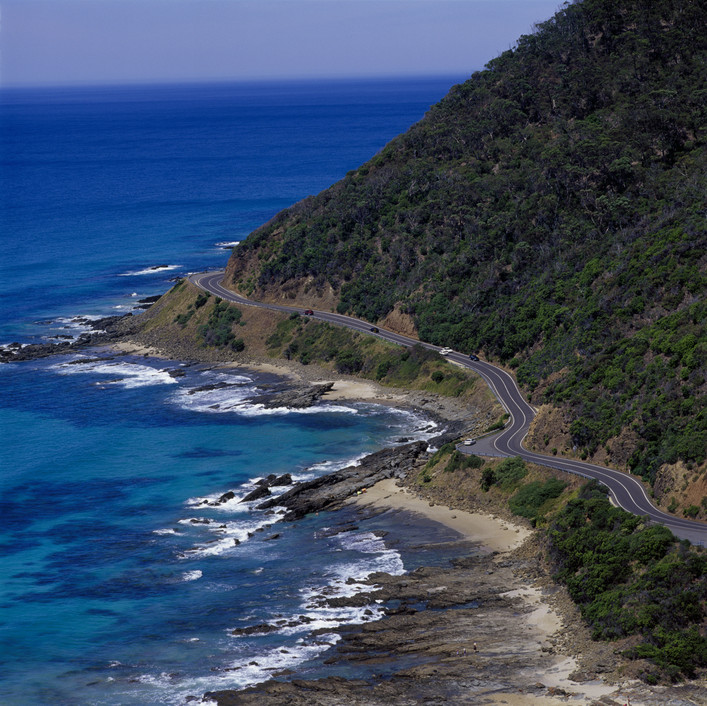 Great Ocean Road as viewed from Teddy’s Lookout, south of Lorne The road is considered a tourist attraction in the area, in which much of the road hugs coastline affectionately known as the Surf Coast between Torquay and Cape Otway and the Shipwreck Coast further west of Cape Otway, providing visibility of Bass Strait and the Southern Ocean. The road traverses rainforests, as well as beaches and cliffs composed of limestone and sandstone, which is susceptible to erosion. The road travels via Anglesea, Lorne, Apollo Bay, and Port Campbell, the latter being notable for its natural limestone and sandstone rock formations including Loch Ard Gorge, The Grotto, London Arch (formerly London Bridge) and The Twelve Apostles. At the stretch of the Great Ocean Road nearer to Geelong, the road meanders along the coast, with tall, almost-vertical cliffs on the other side of it. Road signs put up along the road warn motorists of possible rockfalls, which have occurred before.

The city of Geelong, close to Torquay, experiences great benefit from Australian and international visitors to the road; with Geelong Otway Tourism affirming it as an invaluable asset. The Royal Automobile Club of Victoria (RACV) listed the road as the state’s top tourism experience in its Victoria 101 survey, based on spots recommended by members and the public on what they would recommend to visitors. However, according to a survey performed by the Surf Coast Shire, residents have expressed concern that there are not enough safe crossings along the road.

A 45 kilometre section of the Great Ocean Road, between Lorne and Apollo Bay is the location of
the annual Great Ocean Road Marathon. First run in 2005, the current marathon record of two
hours, 27 minutes and 42 seconds was set in 2011 by James Kipkelwon, of Kenya, who also won
the event in 2012.