The Jervis Bay Territory is a territory of the Commonwealth of Australia. It was surrendered by
the state of New South Wales to the Commonwealth Government in 1915 so that the Federal
capital at Canberra would have access to the sea.
It was administered by the Department of the Interior (and later by the Department of the Capital
Territory) as if it were part of the Australian Capital Territory (ACT), although it has always been a
separate Commonwealth territory. The perception that it is part of the ACT stems from the fact that
under the terms of the Jervis Bay Territory Acceptance Act, the laws of the ACT apply to the Jervis
Bay Territory. In 1989, when the ACT achieved self-government, the Department of The Arts, Sport,
The Environment, Tourism and Territories took over responsibility for the JBT’s administration, and
it has since been administered by various Commonwealth Departments responsible to the Minister
for Territories.

Having 65.7 km2 (25 sq mi) of land and 8.9 km2 (3 sq mi) marine reserve, Jervis Bay Territory is the
smallest of all the mainland states and territories of Australia. Jervis Bay is a natural harbour 16 km
(10 mi) north-south and 10 km (6 mi) east-west, opening to the east onto the Pacific Ocean. The
bay is situated about 198 km (123 mi) south of the city of Sydney, on the southern coast of New
South Wales. The nearest city is Nowra, about 40 km (25 mi) on the Shoalhaven River to the north.
The majority of Jervis Bay embayment is part of Jervis Bay Marine Park (NSW State) but the
waters within JB Territory are part of Booderee National Park (Commonwealth). [Booderee
National Park was formerly known as Jervis Bay National Park (Commonwealth)].
A wide variety of flora and fauna are native to the Booderee (aboriginal: bay of plenty) National
Park with approximately 206 species of birds, 27 species of mammals, 15 species of amphibians,
23 species of reptiles and 180 species of fish native to the area. The park itself encompasses
approximately 90% of the territory of Jervis Bay and covers the overlap between Australia’s
northern and southern climatic zones. 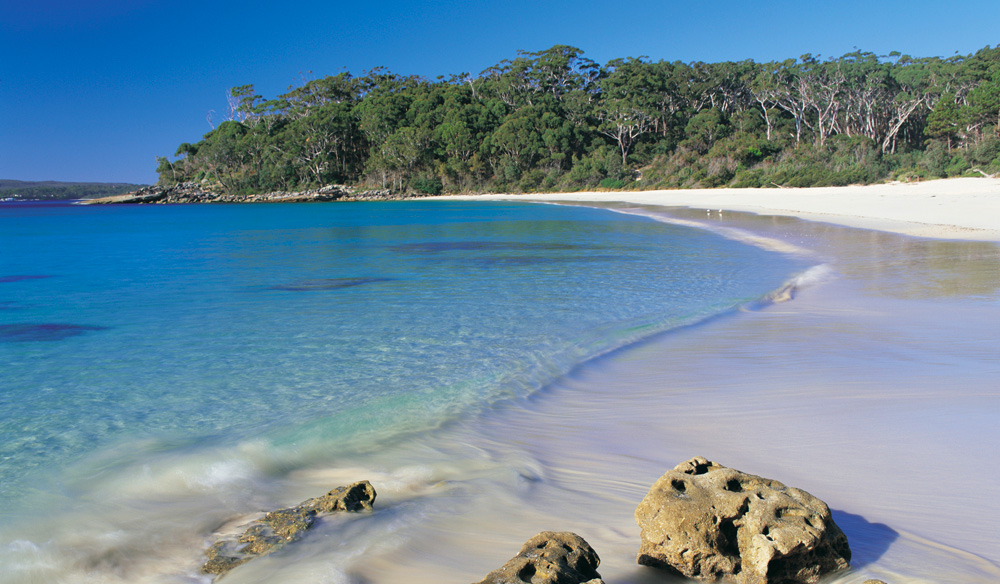 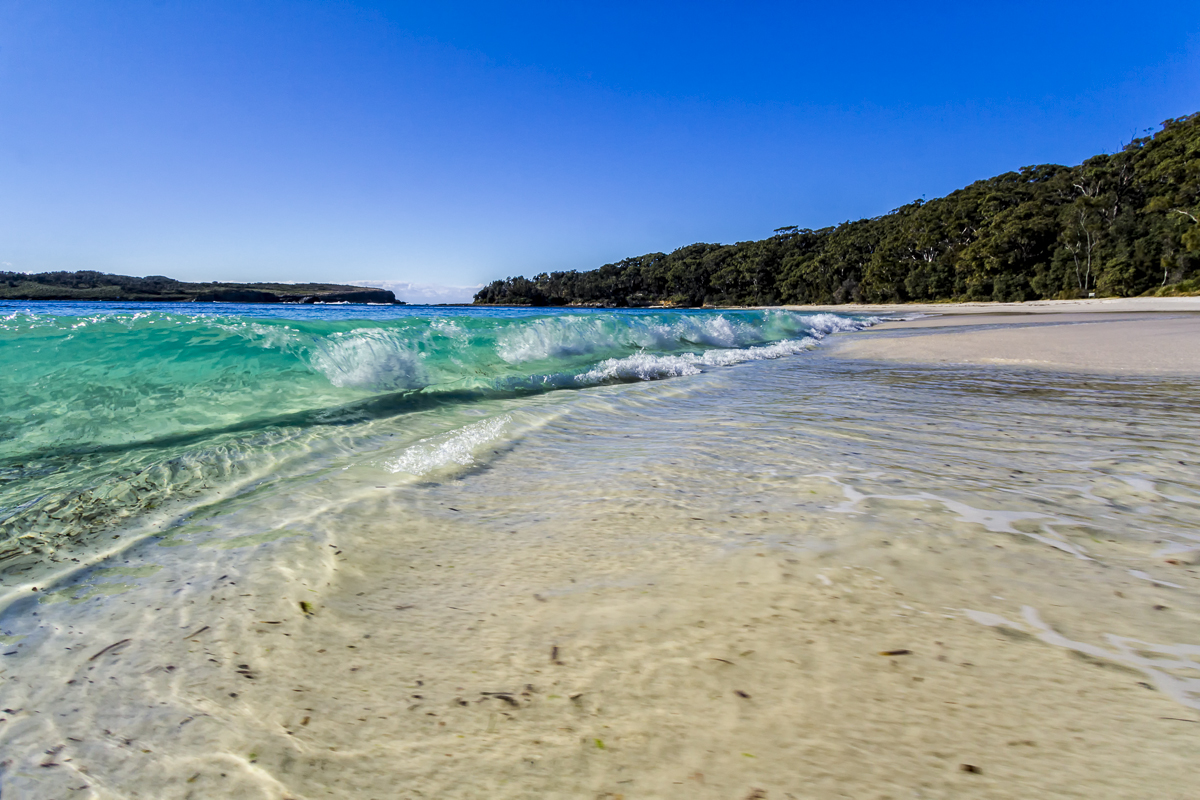 Ancient sand dunes overlay the sedimentary bedrock formations formed from upheaval of the
surrounding marine environment 280–225 million years ago. The park was designated sacred
Aboriginal land in 1995. A significant portion of the bay’s northern coast and headland forming
Beecroft Peninsula and ending at Point Perpendicular and surrounding area is a gun bombardment
range for the Royal Australian Navy (RAN).
There are three small lakes within the territory: Lake Windermere, the largest, with an area of
31 ha (77 acres), Lake Mckenzie, 7 ha (17 acres), and Blacks Waterhole 1.4 ha (3.5 acres).
Bowen Island, at the entrance to the bay 230 m (750 ft) north of Governors Head, is 51 ha (130
acres) in area. It has rookeries for the little penguin Eudyptula minor at the northern extent of its
range.