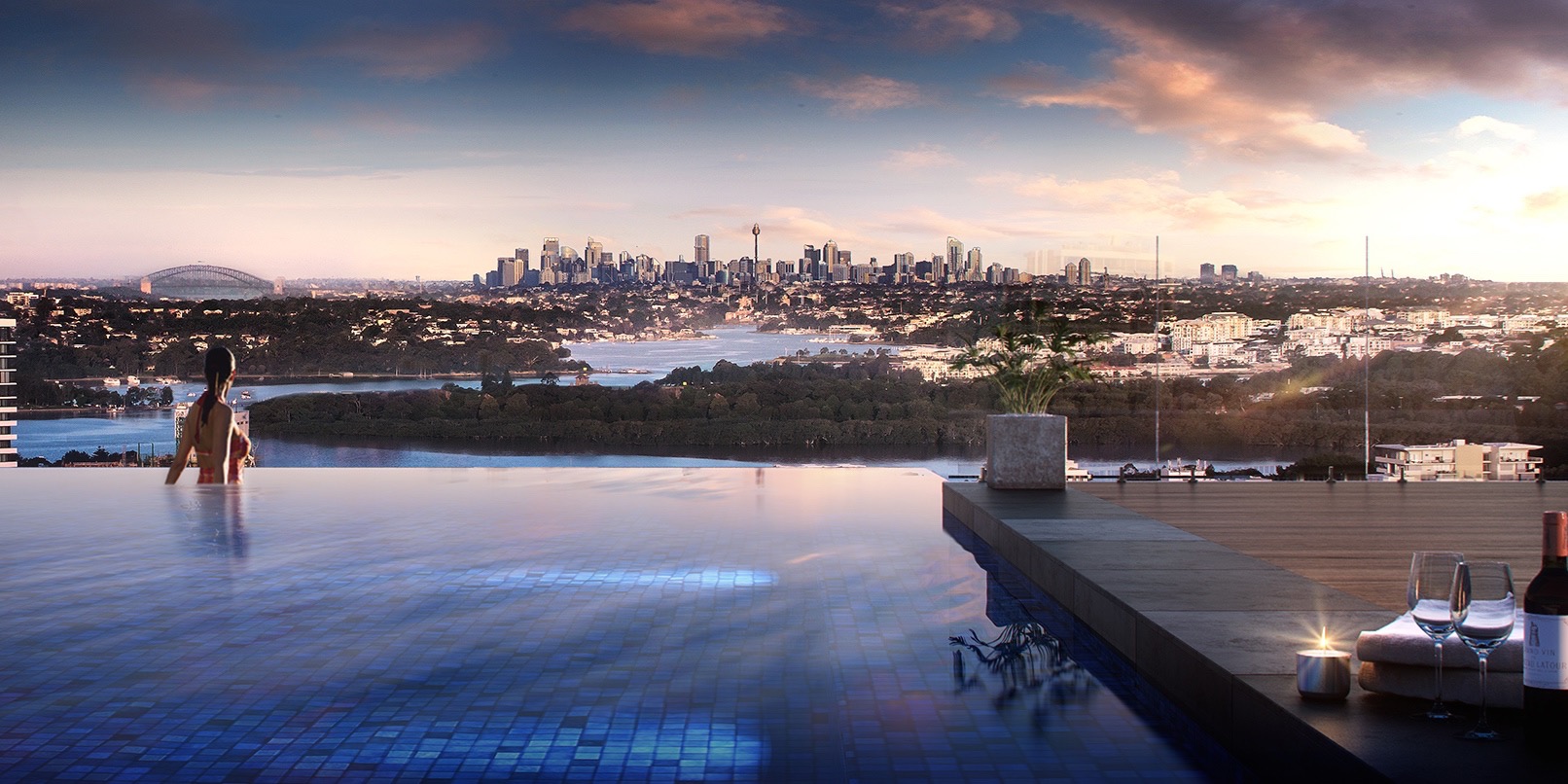 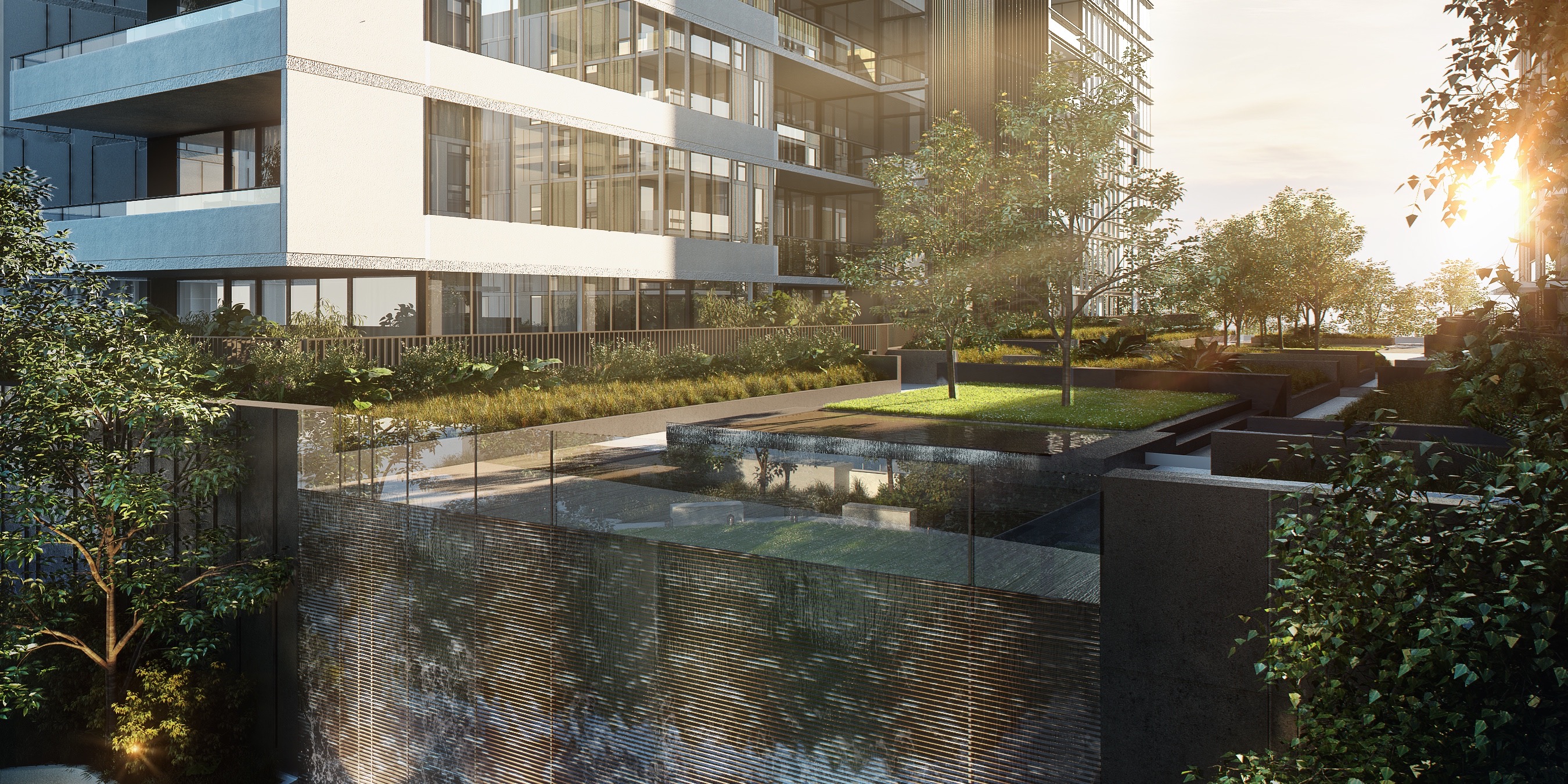 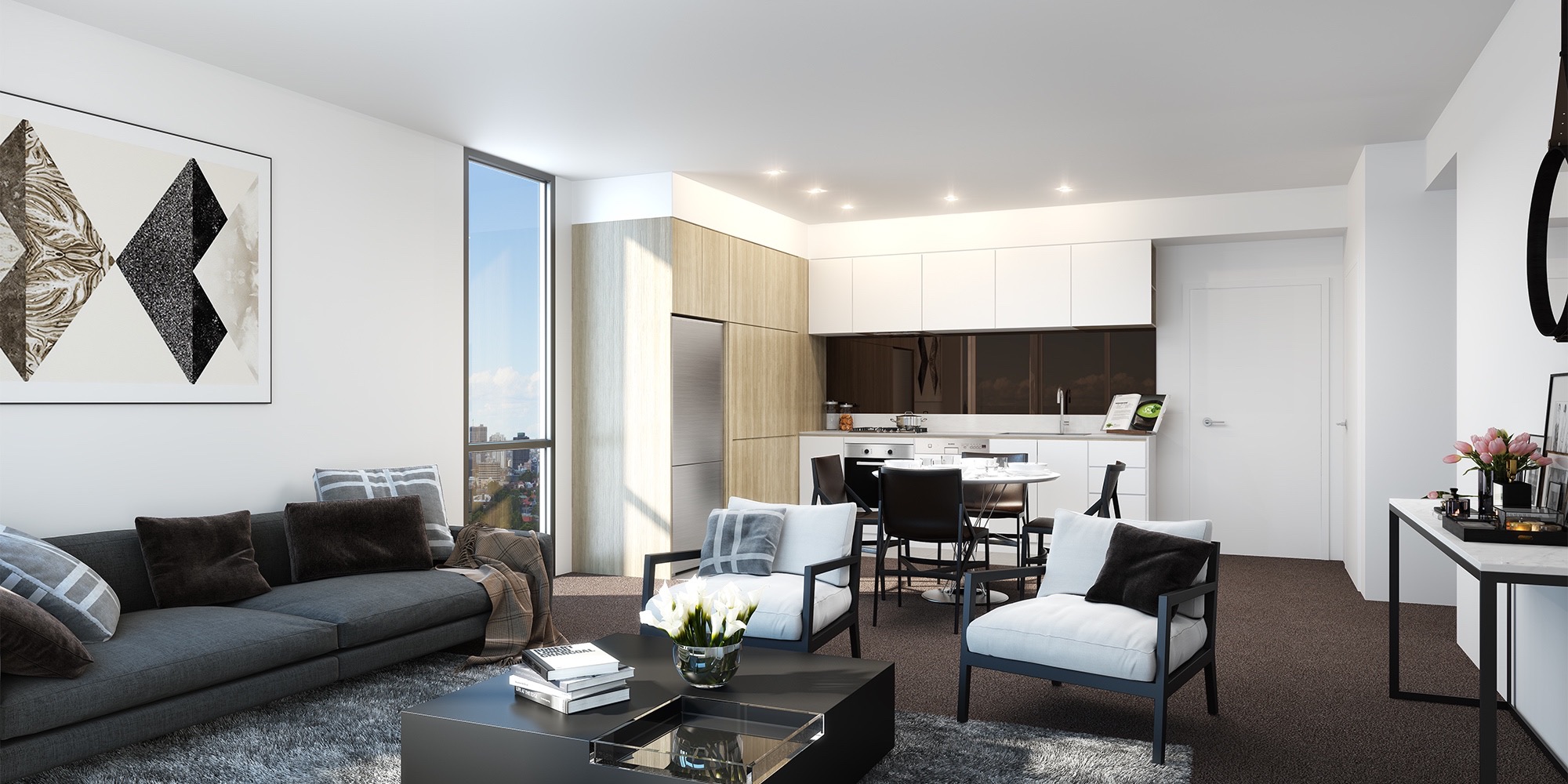 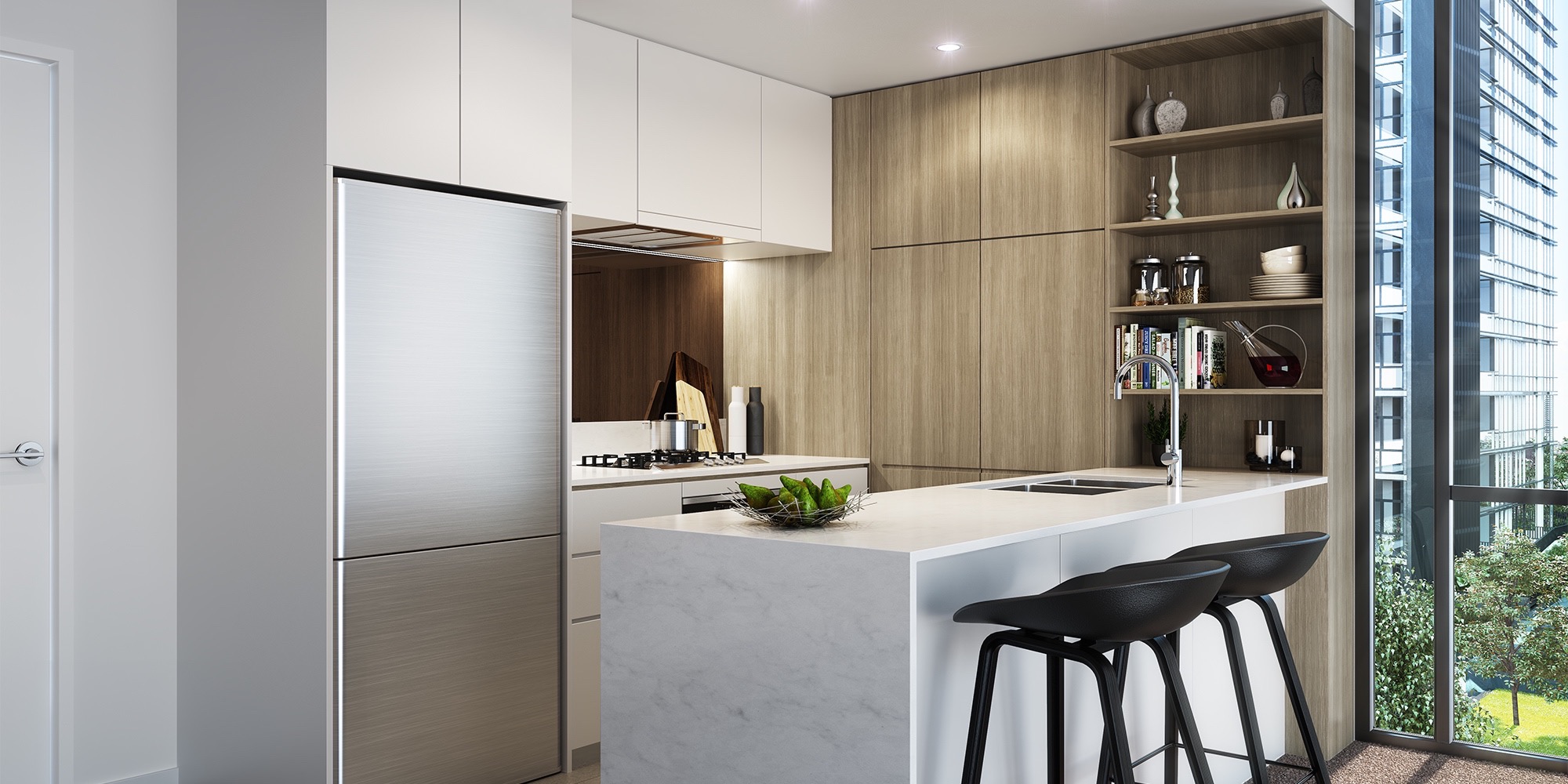 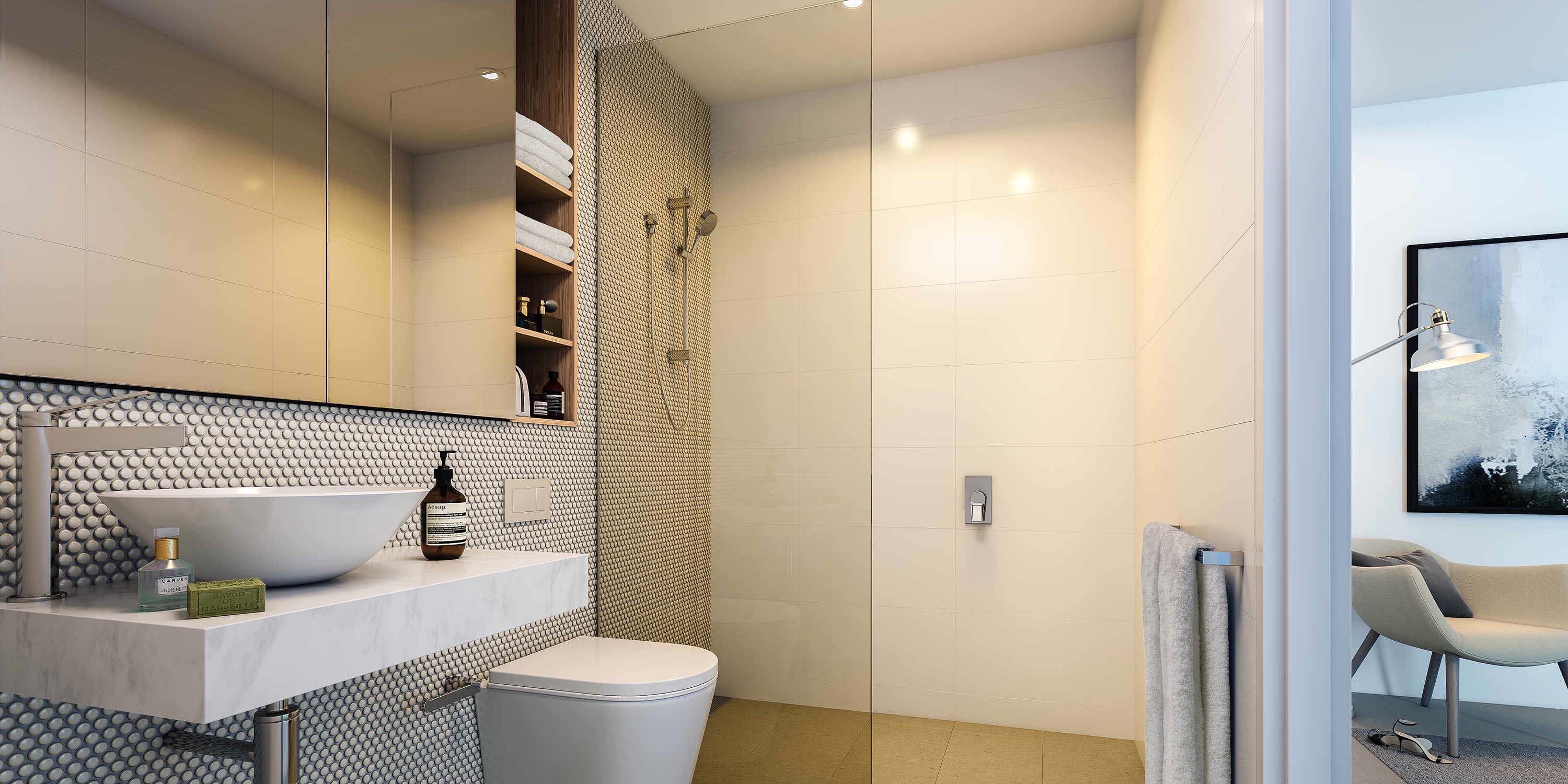 The Address is situated at Sydney’s geographic centre between Rhodes, Newington and Sydney Olympic Park, and connected to a wider Sydney by an ever-expanding network of roads, ferries, buses, trains, and the new Future Transport & Pedestrian Bridge to Rhodes.Set amongst a harmonious combination of parkland and waterfront, balanced with convenient shopping, entertainment and the world class sporting facilities of Sydney Olympic Park, Wentworth Point is set to become a precinct with the same kind of flavour and diversity as Darling Harbour. The new bridge will bring Rhodes Shopping Centre and train station within a five-minute walk.

The buildings and landscapes of the four stages of The Address will reflect four stages of a journey, created to reflect a perfect balance of everything the world’s happiest city has to offer.

From the Blue Mountains in the West, to the Pacific Ocean in the east, discover a place at the geographical heart of Sydney.

An extension of the architectural vision, the landscaping expresses Sekisui House’s core philosophy that is grounded in a ‘love of humanity’. Spaces are being created that not only encourage community engagement, they incorporate holistic design principals that provide flexibility and scope for change.

An urban regeneration project of this scale on the harbour foreshore represents a unique opportunity to create an unprecedented new hub that embraces the inner harbour in the same way that Darling Harbour graces inner Sydney.

Massive investment in transport and infrastructure, schools, shopping and retail – plus a new marina and a Future Transport & Pedestrian Bridge to Rhodes that brings a major transport nexus to within 600 metres of your front door – will see Wentworth Point quickly become a vibrant mixed community set amongst 450 hectares of protected parkland with 45km of cycle paths. All graced by an enviable waterside location. In short, a microcosm of everything a wider Sydney has to offer.