The South Bank Parklands are located at South Bank in Brisbane, Queensland, Australia. The parkland, on the transformed site of Brisbane’s World Expo 88, was officially opened to the public on 20 June 1992.

The South Bank Parklands are located on the southern bank of the Brisbane River, at South Bank, directly opposite the City. The parklands are connected to the City by the Victoria Bridge at the northern end, and to Gardens Point by the Goodwill Bridge at the southern end. The parklands consist of a mixture of rainforest, water, grassed areas and plazas as well as features such as the riverfront promenade, the Streets Beach, the Grand Arbour, the Courier Mail Piazza, the Nepal Peace Pagoda, the Wheel of Brisbane, restaurants, shops and fountains. The parklands are also home to the Queensland Conservatorium.

The sanctuary is one of the very few sanctuaries in the world where visitors are allowed to holdkoalas for free. Strict regulations ensure that each koala is not held for more than thirty minutes every day. However, no photos (using your own camera) of a person holding a koala are allowed, unless a sourvenir photo is first taken (with a fee being paid for this – following which photos with your own camera, of the person holding the koala, is then allowed). The fees paid for the souvenir photos helps fund new enclosures, research projects and eucalyptus plantations.

Wildlife in the sanctuary includes: koalas, kangaroos, Tasmanian devils, wombats, echidnas, and various species of reptiles, as well as a platypus which arrived at the sanctuary during 2010 from Healesville Sanctuary (near Melbourne). Visitors can also feed and pet the free-roaming kangaroos in the 5-acre (2.0 ha) kangaroo reserve, where more than 130 of the animals freely reside. Kangaroos are sometimes seen with a joey in their pouch. 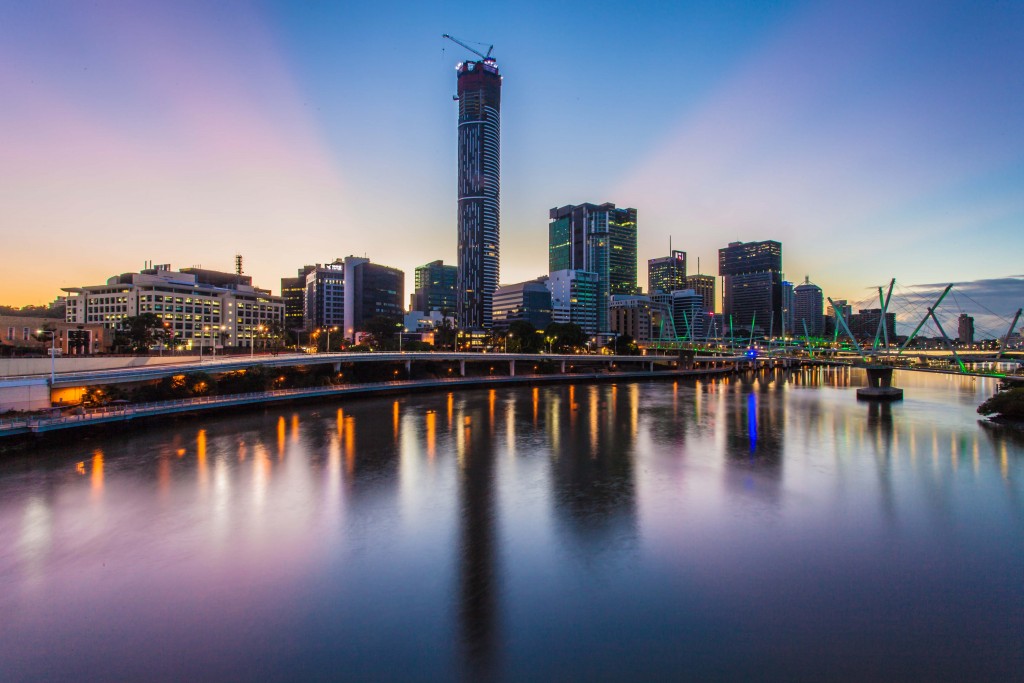 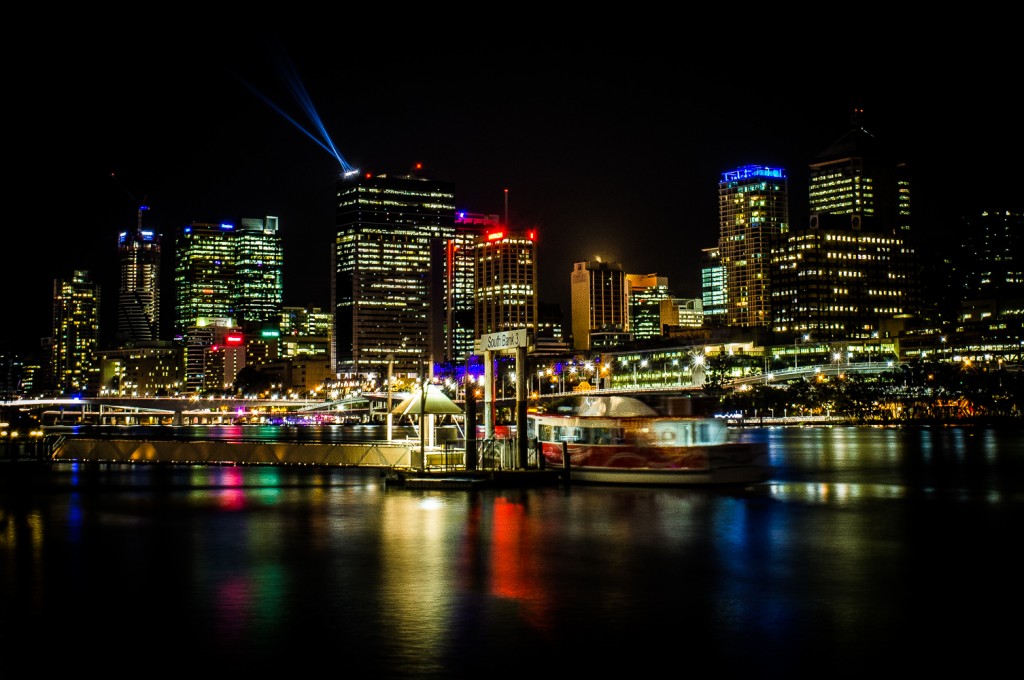 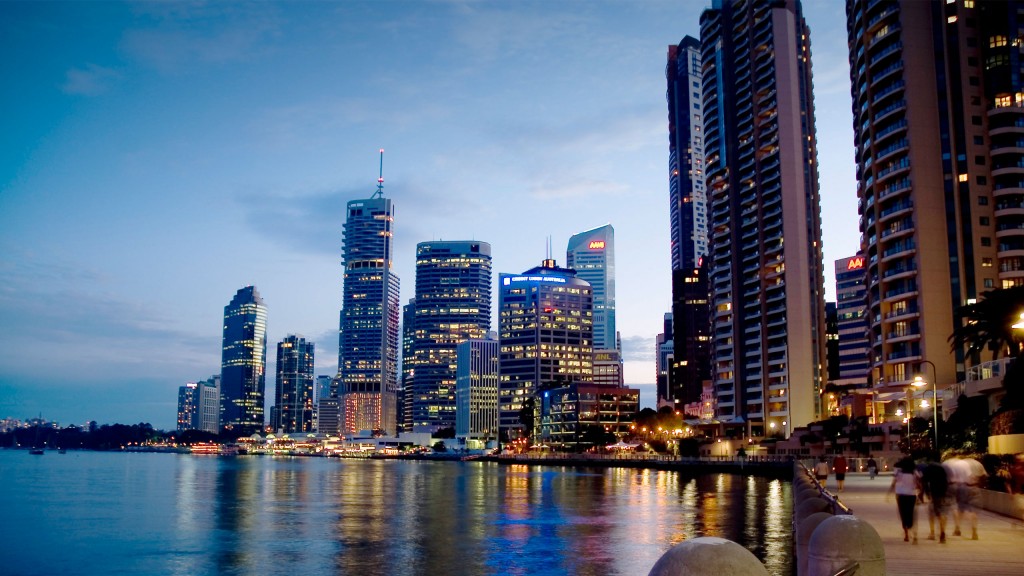 Mount Coot-tha, which is 287 metres above sea level, has the highest peak in Brisbane, Queensland, Australia. Mount Coot-tha forms the eastern extent of the Taylor Range and is a prominent landmark approximately 6 kilometres (3.7 mi) to the west of the Brisbane central business district. Visible from much of the city, Mount Coot-tha is a popular bushland tourist destination including the Brisbane Botanic Gardens and Sir Thomas Brisbane Planetarium, as well as a mountain drive, bike trails, parks including a waterfall, and television and radio towers. Mount Coot-tha is the source of Ithaca Creek. 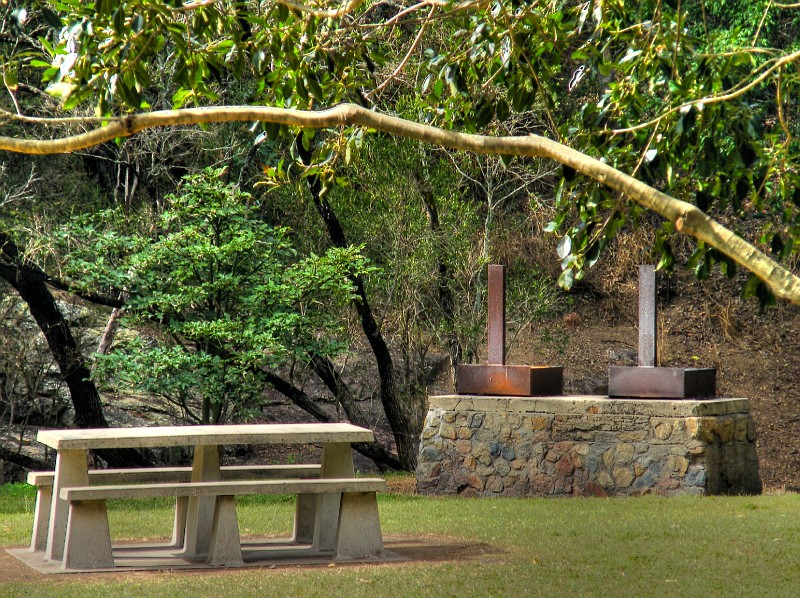 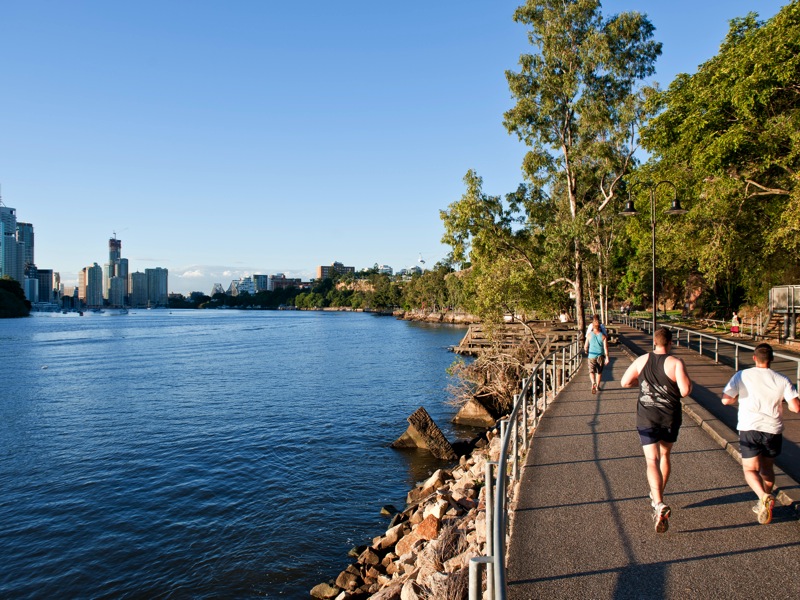 A bridge downstream of the Victoria Bridge was part of a larger plan, devised by Professor Roger Hawken of the University of Queensland in the 1920s, for a series of bridges over the Brisbane River to alleviate congestion on Victoria Bridge and to divert traffic away from the Brisbane central business district. The William Jolly Bridge was the first of the Hawken Plan bridges to be constructed. Lack of funds precluded the construction of the downstream bridge at that time. Initially plans called for a transporter bridge further downstream near New Farm.

In 1926 Kangaroo Point was recommended by the Brisbane City Council’s Cross River Commission. Subsequently the bridge was constructed as a public works program during the Great Depression. The cost was to be no more than ₤1.6 million.

The Queensland Maritime Museum is located on the southern bank of the Brisbane River just south of the South Bank Parklands and Queensland Cultural Centre precinct of Brisbane, and close to the Goodwill Bridge.

The museum was founded in 1971 and contains a two level exhibition building presenting historic sailing ship models together with merchant shipping from early cargo ships to modern container ships, tankers and cruise liners. It is housed in the building used for the “Pavilion of Promise” at World Expo 88, and the South Brisbane Dry Dock which was built in the 1870s and was 313 feet (95 m) long and 60 feet (18 m) wide. In 1887 the dock was extended to 430 feet (131 m) due to the increasing size of vessels.

The Australian Outback Spectacular is an Australiana dinner and show package featuring many Australian animals, songs and bush tucker. The show is located between Warner Bros. Movie World and Wet’n’Wild Water World at Oxenford on the Gold Coast.

The Sunshine Coast metropolitan area is the third most populated area in the Australian state of Queensland. Located 100 km north of the state capital Brisbane in South East Queensland on the Pacific Ocean coastline, its urban area spans approximately 60 km of coastline and hinterland from Pelican Waters to Tewantin.