In fifty years, Gold Coast City has grown from a small beachside holiday destination to Australia’s sixth largest city (and the country’s most populous non-capital city). Situated within South East Queensland’s growth corridor, the city is now considered Australia’s fastest growing large city, with a 5-year annual average population growth rate of 3.4%, compared to 1.2% for Australia. Gross Regional Product has risen from A$9.7 billion in 2001, to A$15.6 billion in 2008, a rise of 61 percent. Tourism remains fundamental to Gold Coast City’s economy, with almost 10 million visitors a year to the area. In the past the economy was driven by the population derived industries of construction, tourism and retail. Some diversification has taken place, with the city now having an industrial base formed of marine, education, information communication and technology, food, tourism, creative, environment and sports industries. These nine industries have been identified as the key industries by the Gold Coast City Council to deliver the city’s economic prosperity. Gold Coast City’s unemployment rate (5.6 per cent) is below the national level (5.9 per cent).

With 70 kilometres of sun-drenched beaches and four epic point breaks, it’s easy to see why the Gold Coast is home to a city called Surfers Paradise.

..something about this place evokes a feeling of guilty pleasure –
whether it be the flawless beaches a block from the chaos, the countless day tours to everywhere or the simple ability to party all night and lounge all day,  free from the need for a single intelligent thought..

The Gold Coast is renowned for its unique and beautiful beaches, stretching from the southern end at Rainbow Bay to South Stradbroke Island in the north. 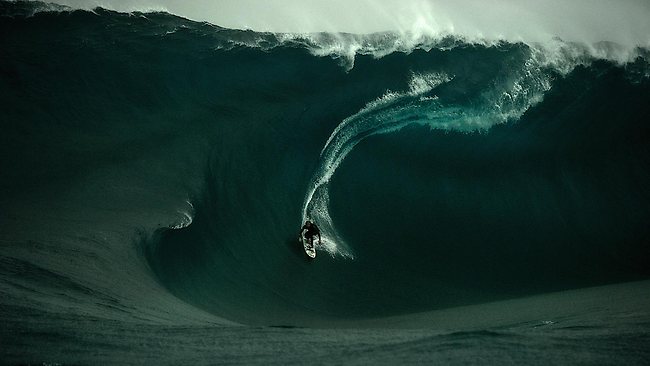 Around 10 million tourists visit the Gold Coast area every year: of 849,114 international visitors, 3,468,000 domestic overnight visitors and 5,366,000 daytrip visitors. Tourism is the region’s biggest industry, directly contributing more than $4.4 billion into the city economy every year and directly accounting for one in four jobs in the city There are approximately 65,000 beds, 60 kilometres (37 mi) of beach, 600 kilometres (370 mi) of canal, 100,000 hectares of nature reserve, 500 restaurants, 40 golf courses and 5 major theme parks in the city. There have been various prospects and proposals raised for even more theme parks than the current five. Gold Coast Airport provides connection across Australia with airlines including Jetstar, Virgin Australia and Tiger Airways. International services from Japan, New Zealand, Singapore and Malaysia also land at Gold Coast Airport with airlines including Flyscoot, Jetstar, Qantas, Air New Zealand, Virgin Australia and Airasia X. Brisbane Airport is less than one hour from the centre of Gold Coast, and direct trains operate. 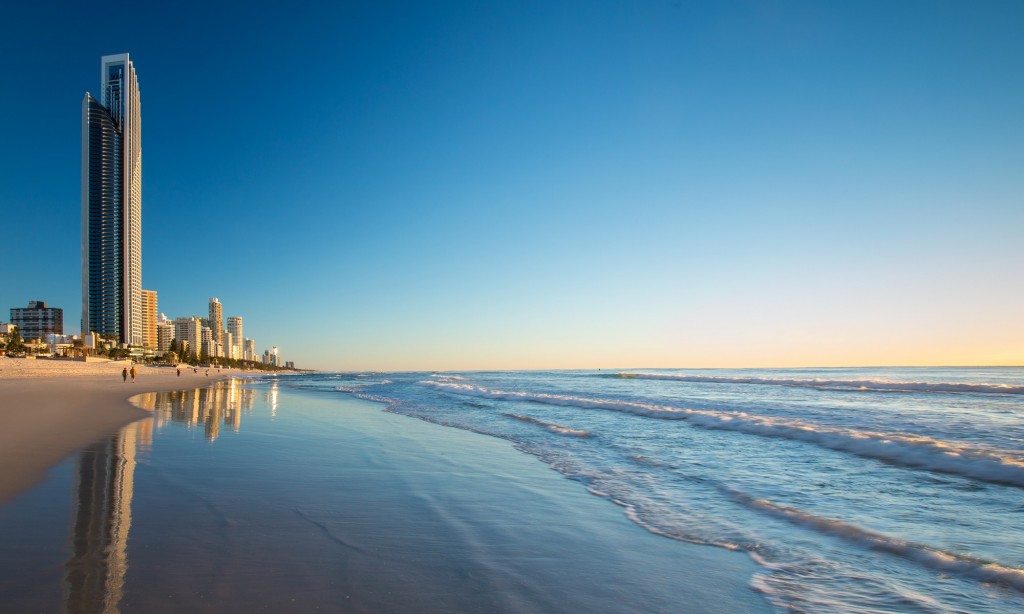 Gold Coast City is the major film production centre in Queensland and has accounted for 75% of all film production in Queensland since the 1990s, with an expenditure of around $150 million per year. Gold Coast is the third largest film production centre in Australia behind Sydney and Melbourne. Warner Brothers has studios located just outside of the city, at Oxenford which have been the filming locations for films such as the Scooby Doo films and House of Wax (2005). Many Bollywood films also use the Gold Coast environs as a filming location, such as Singh Is King. The Gold Coast Hinterland is also used for UK’s and Germanys television series “I’m A Celebrity, Get Me Out Of Here!” (German: “Ich bin ein Star – Holt mich hier raus!”). Village Roadshow Studios are adjacent to the Warner Bros Movie World Theme Park at Oxenford. The Studios consists of eight sound stages, production offices, editing rooms, wardrobe, construction workshops, water tanks and commissary. These sound stages vary in size and have an overall floor area of 10,844 sq metres, making Warner Roadshow Studio one of the largest studio lots in the Southern Hemisphere. Recently shot there is the latest film in the award-winning Narnia series, The Chronicles of Narnia: The Voyage of the Dawn Treader, the largest production ever to be made on the Gold Coast. The Queensland Government actively supports the film and television production industry in Queensland and provides both non-financial and financial assistance through the Pacific Film and Television Commission.

Gold Coast is also the filming site for the TV series, H2O: Just Add Water. Australia crime series The Strip is set on the Gold Coast. The Big Brother Australia house and studios are located at Dreamworld Studios. In January 2002, the third season of The Mole was filmed and based mostly on the Gold Coast. Venues and destinations used included the Gold Coast shopping malls, Burleigh Heads, the Hinze Dam, Pacific Fair Shopping Centre, Warner Bros. Movie World and Binna Burra.