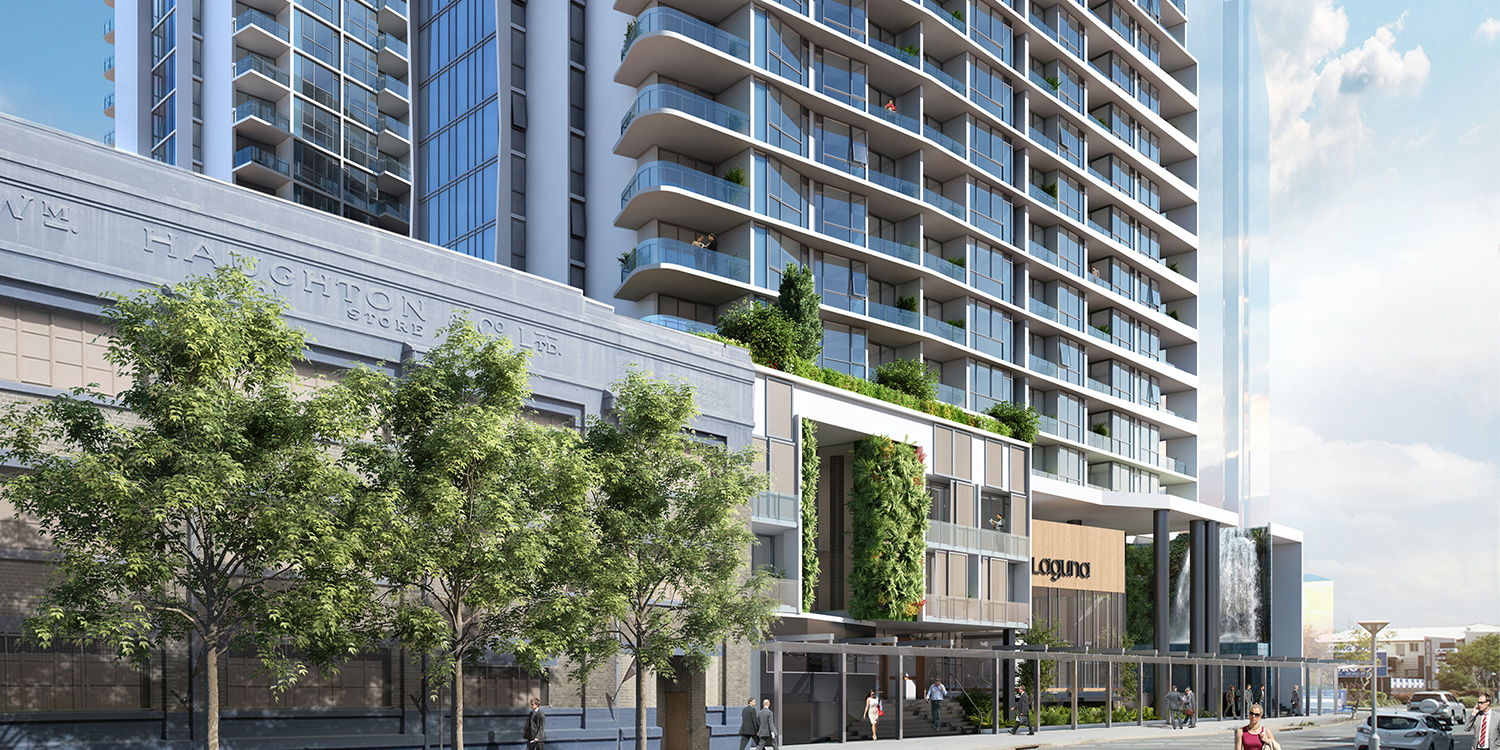 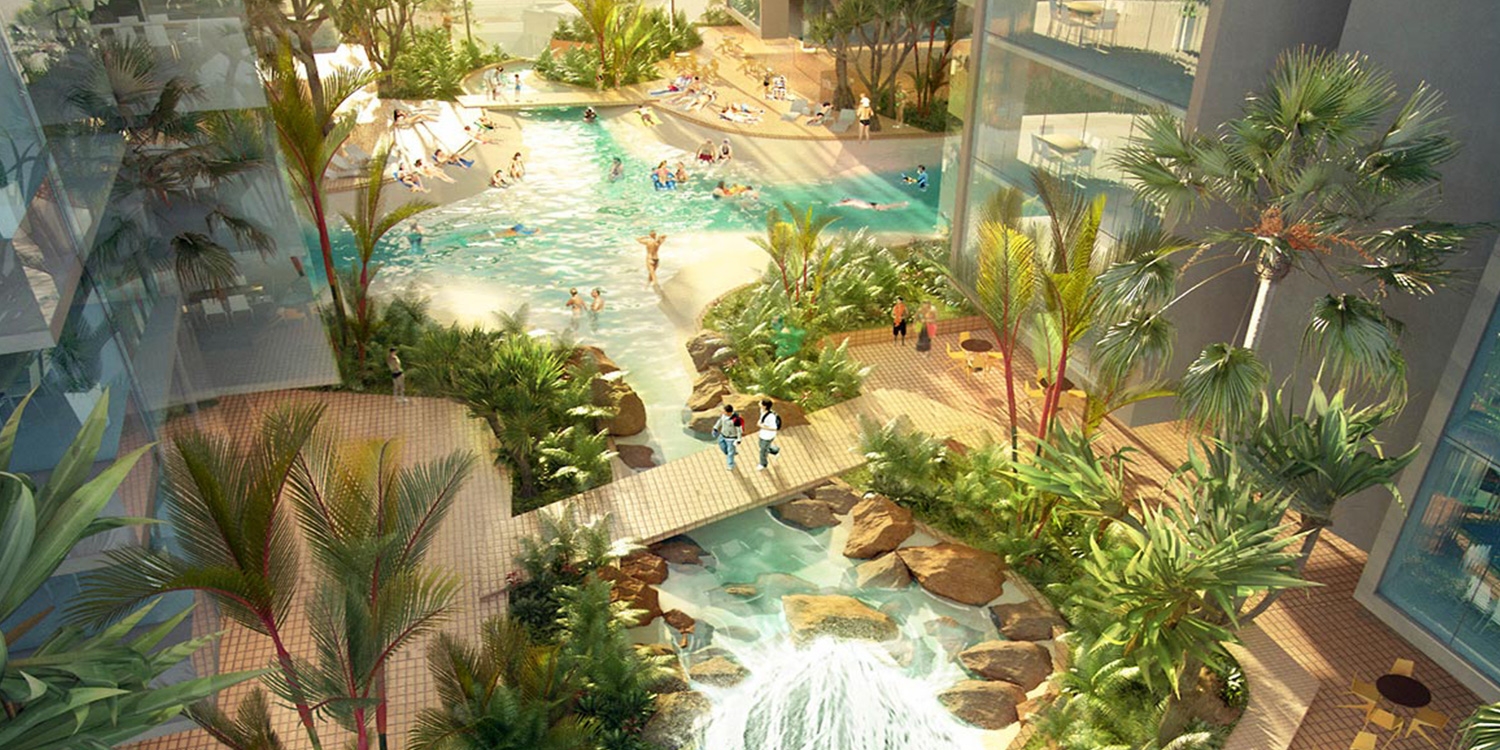 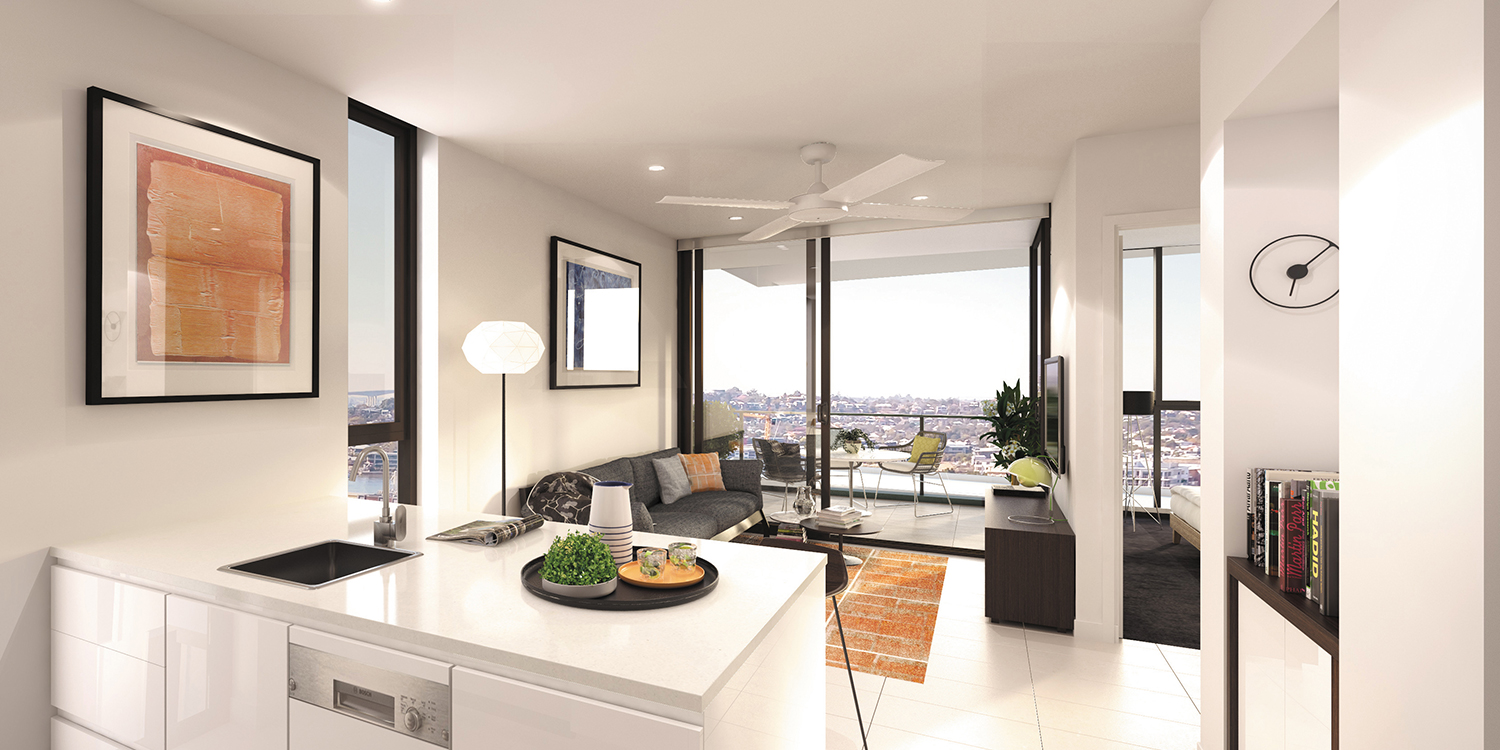 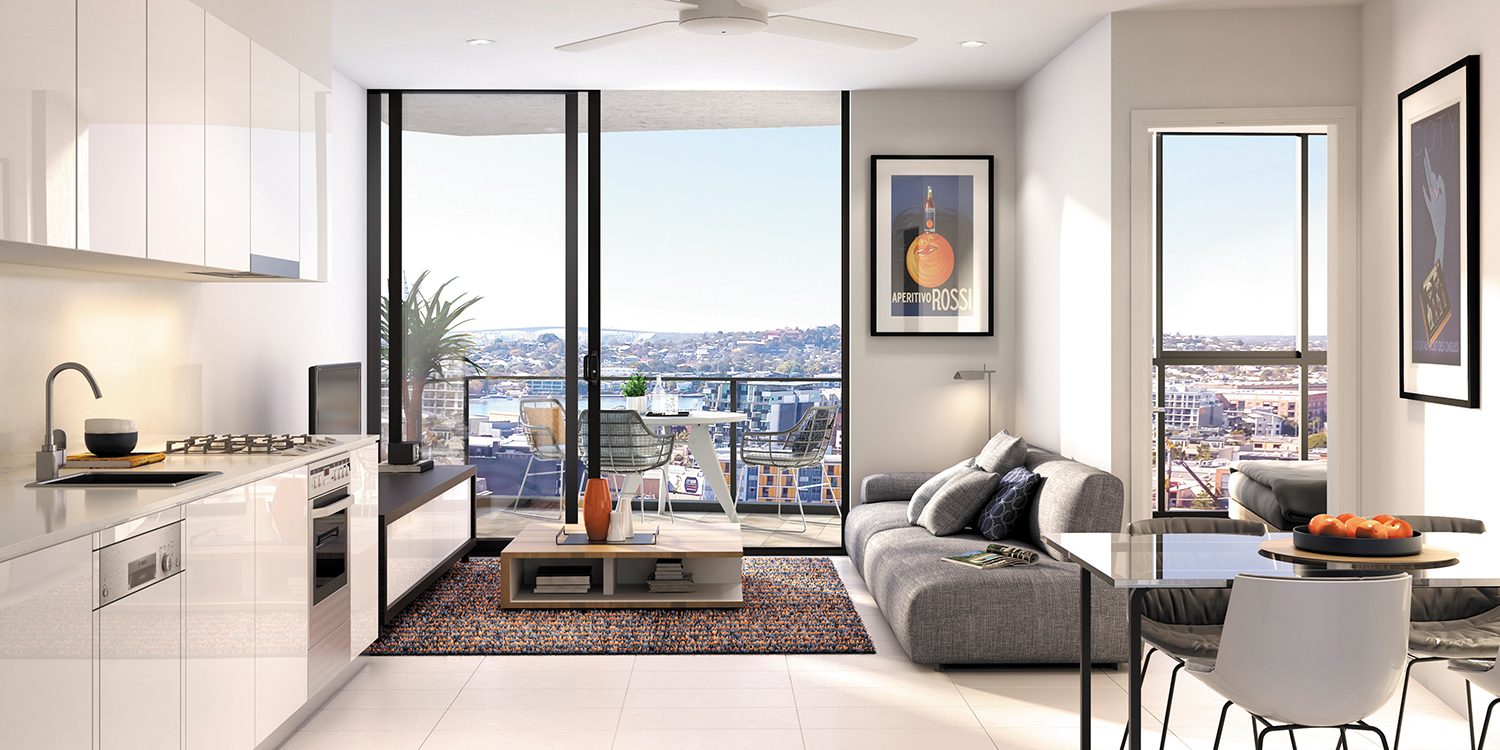 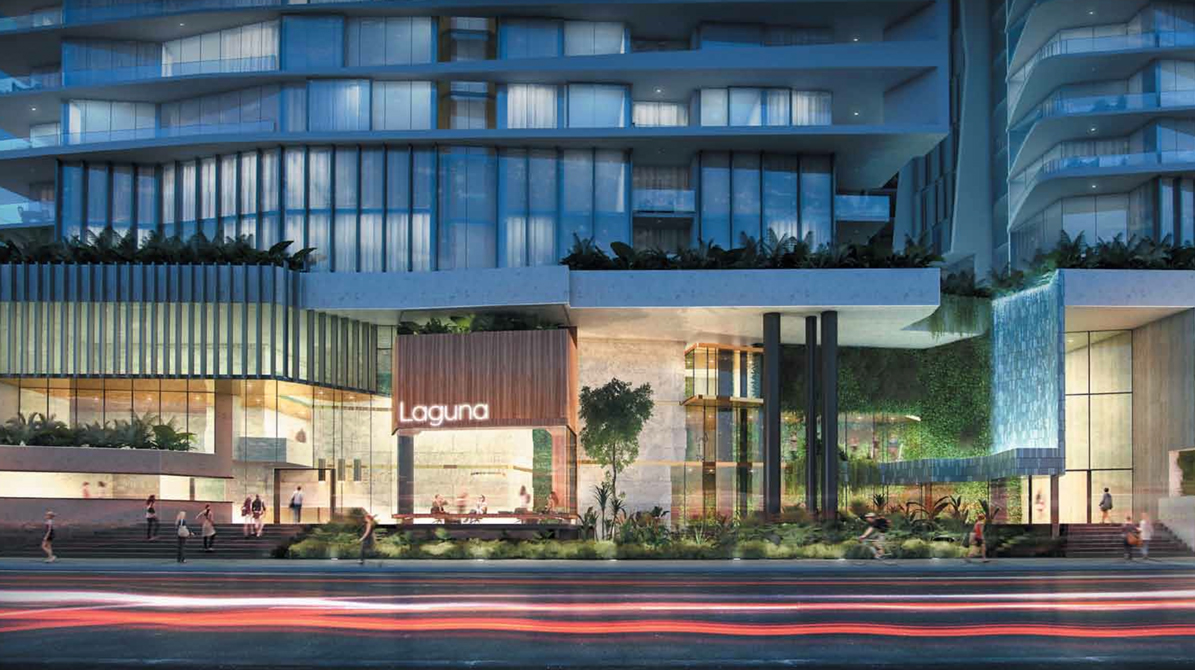 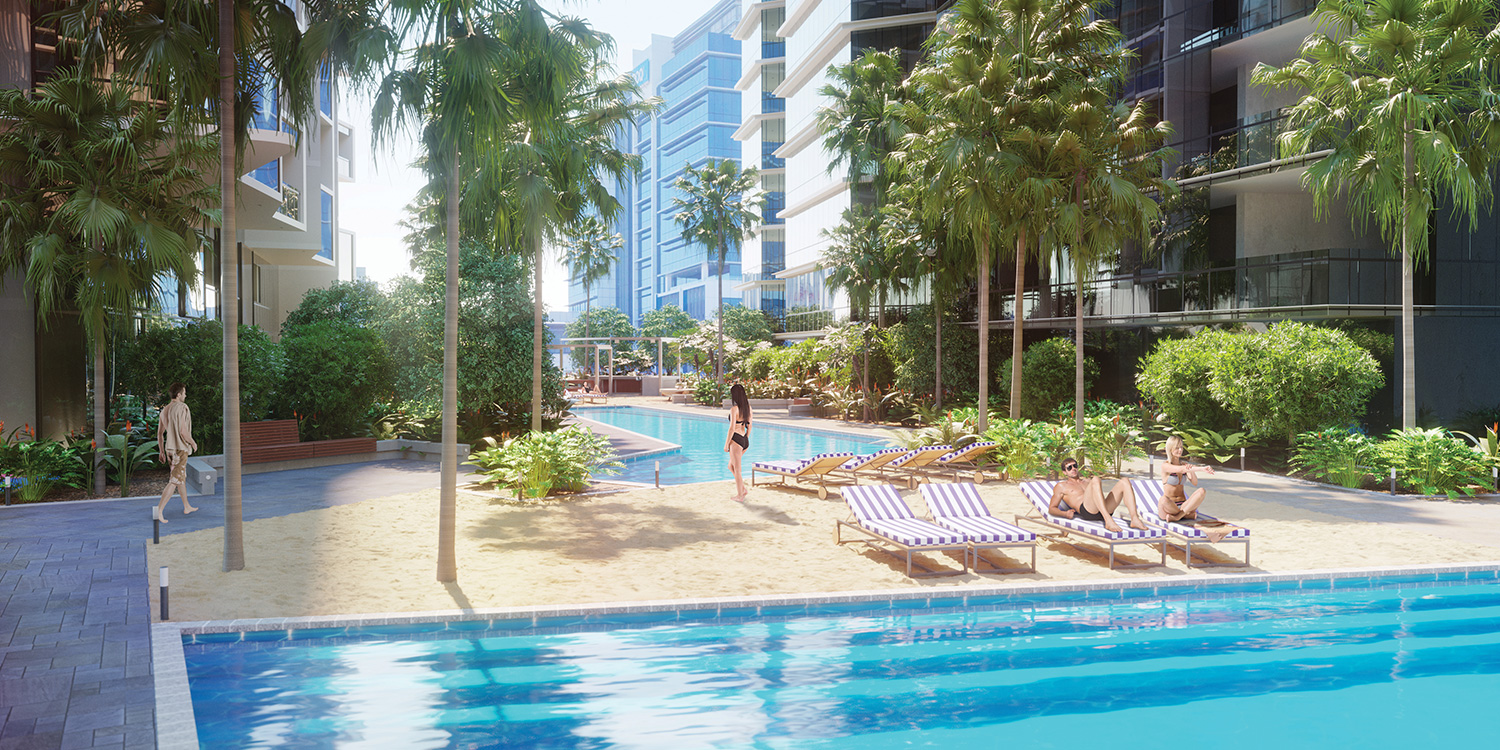 The luxurious ‘Laguna’. Come home to a cascading waterfall feature that drops over two levels, surrounded by a blissful oasis of landscaped gardens and lagoon pool, all at your doorstep and nestled in the heart of Newstead. Consisting of 189 lavish 1 and 2 bedroom apartments across 20 levels, the choice of stylish and well-appointed apartments will be yours. With an abundance of world class dining, shopping precincts and entertainment options combined with easy access to reliable public transport – Inner city living has never been so relaxed.
When you live at Newstead Central, moving around Brisbane is a breeze. Whether you’re exploring your new neighbourhood on foot or venturing further afield, transport options abound.Walking distance from the hip inner city hub of Fortitude Valley and the bustling CBD, Newstead provides an opportunity for unparalleled investment returns. Surrounded by fast growing retail and lifestyle developments, and supported by easily accessible public transport, it¹s one of Brisbane¹s fastest growing, and most vibrant inner city communities.
According to the highly respected Urbis Report, “Newstead offers significant commercial, retail and leisure amenity within walking distance alongside the Brisbane River, and is set to benefit from a $2 billion urban renewal.”Following New Farm and Fortitude Valley itself, Newstead is Brisbane’s next big thing. In fact with median apartment prices 61 per cent higher than the Brisbane LGA, it has already begun to surpass many of its peers. Even within its own postcode, and up against prestigious suburbs such as New Farm and Teneriffe, new apartments in Newstead are showing rental premiums between 31 and 34 per cent higher.
With exquisite design inside and out, nothing has been left to the imagination. Combining a bold architectural exterior with the stunning softness of a tropical oasis, Newstead Central will set the benchmark in apartment living.Designed with pure luxury in mind, its proposed pools, man-made beaches with white glistening sand and water features are guaranteed to impress even the most enthusiastic city dweller. Newstead Central will be the home you never thought you’d have.