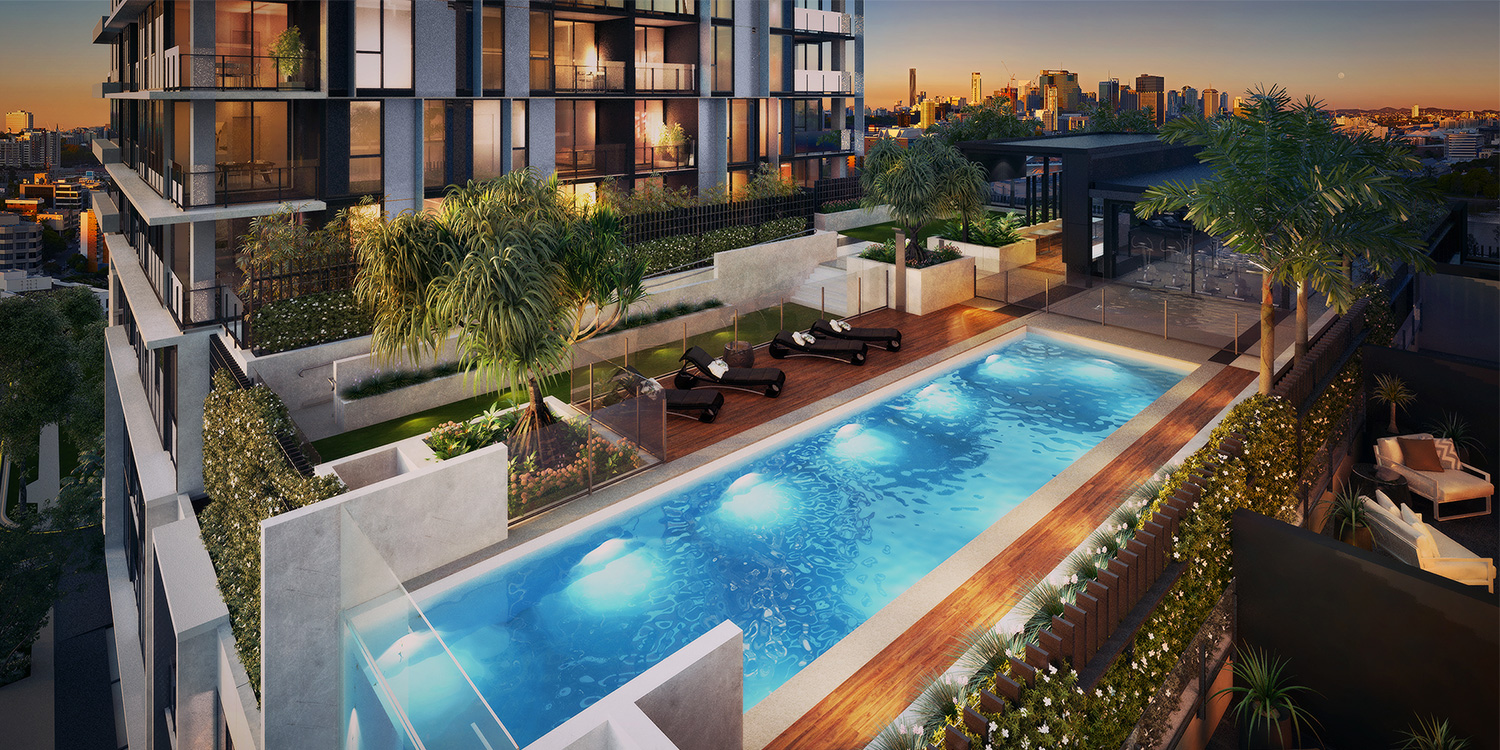 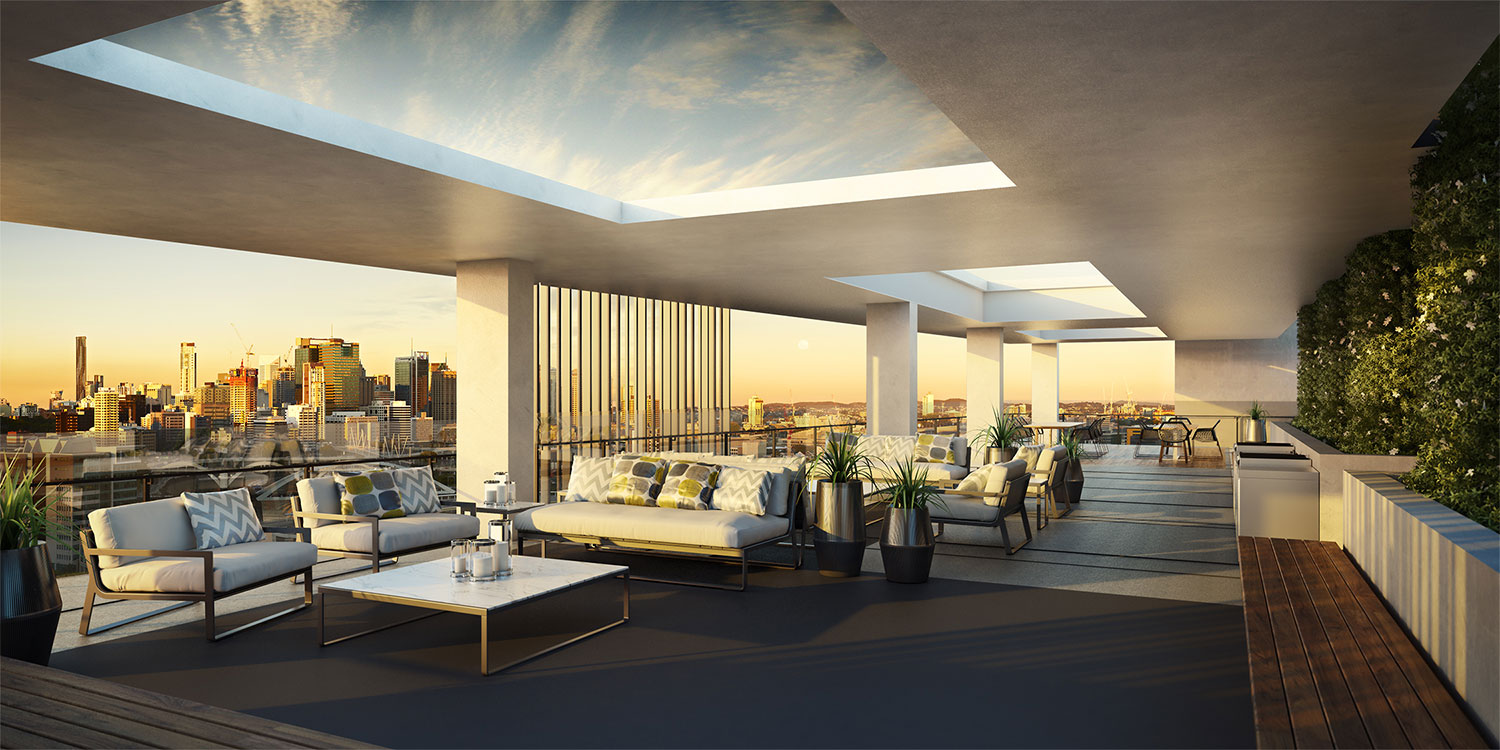 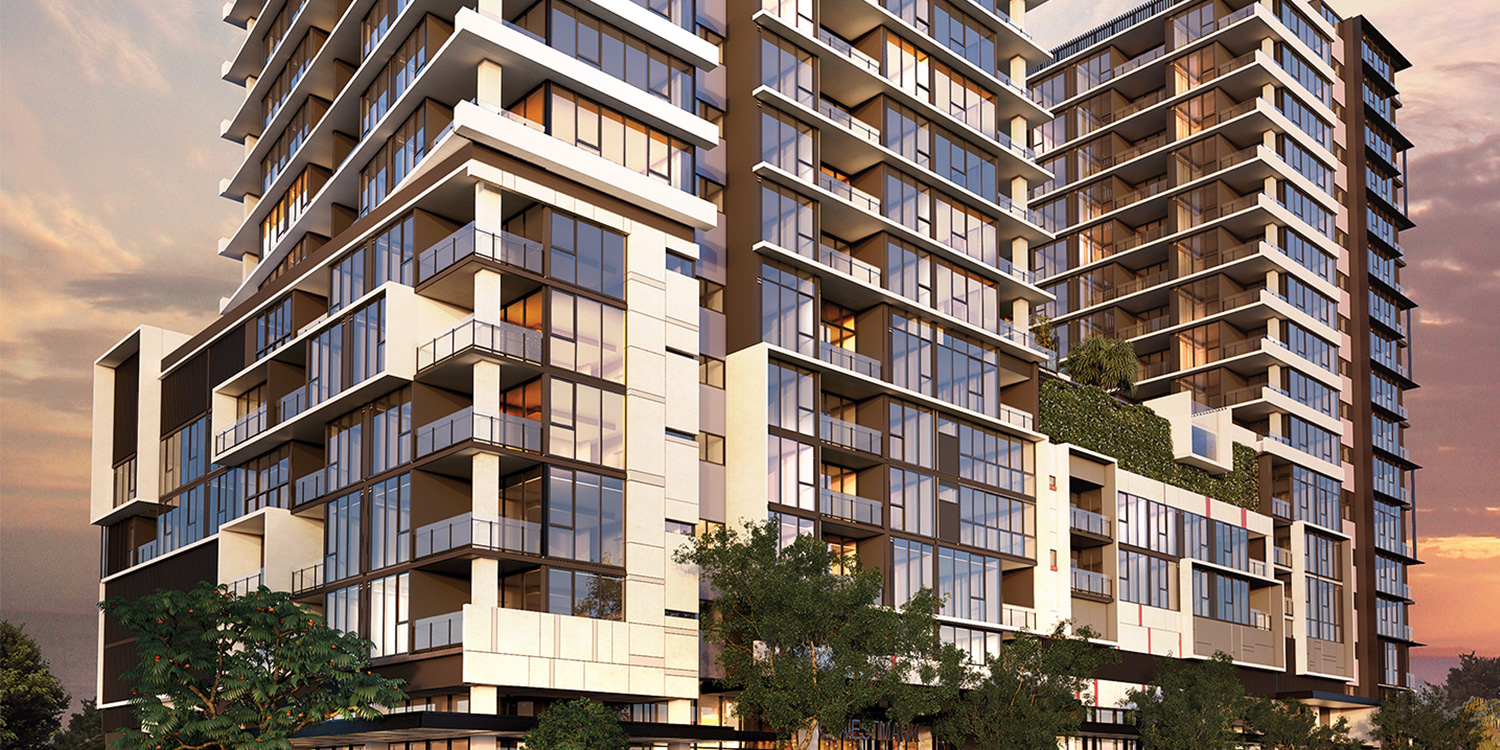 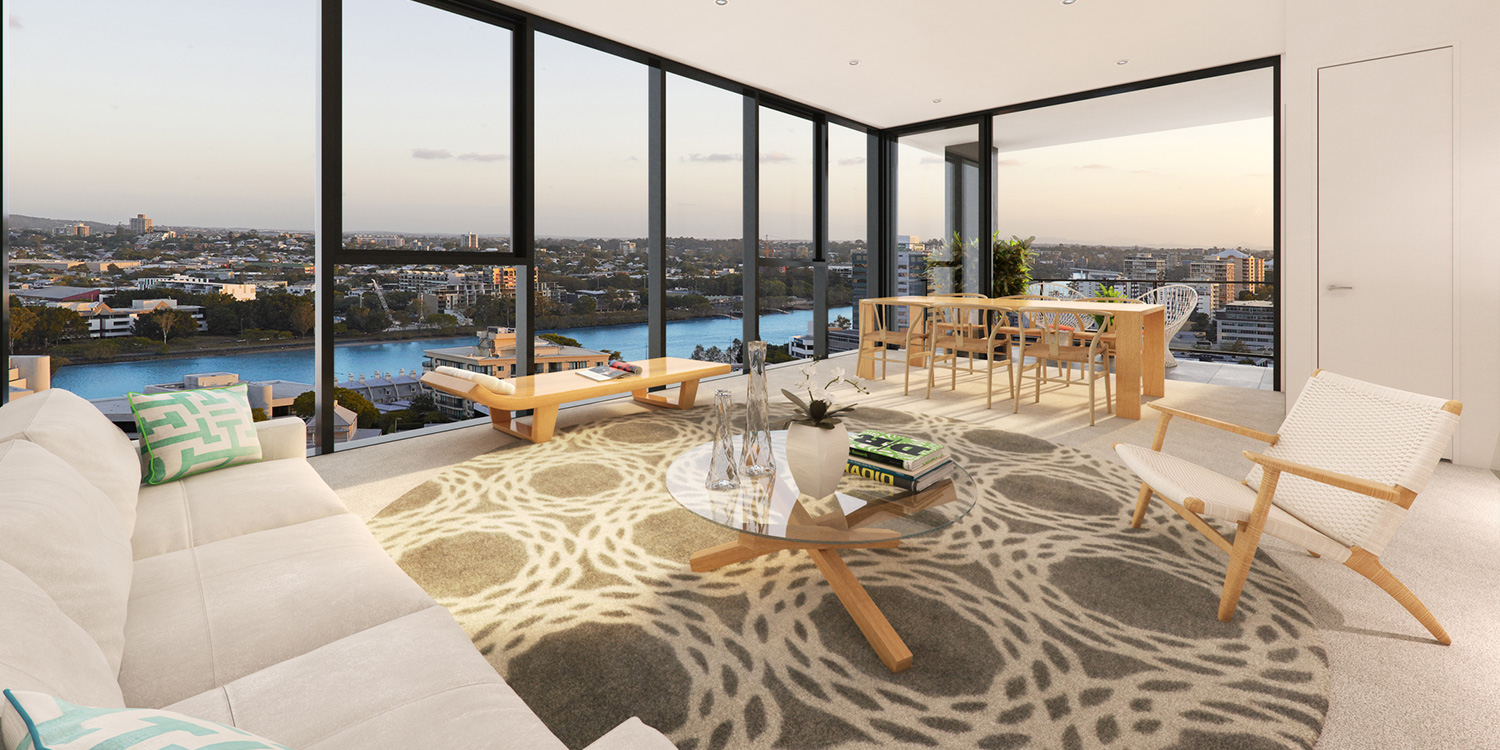 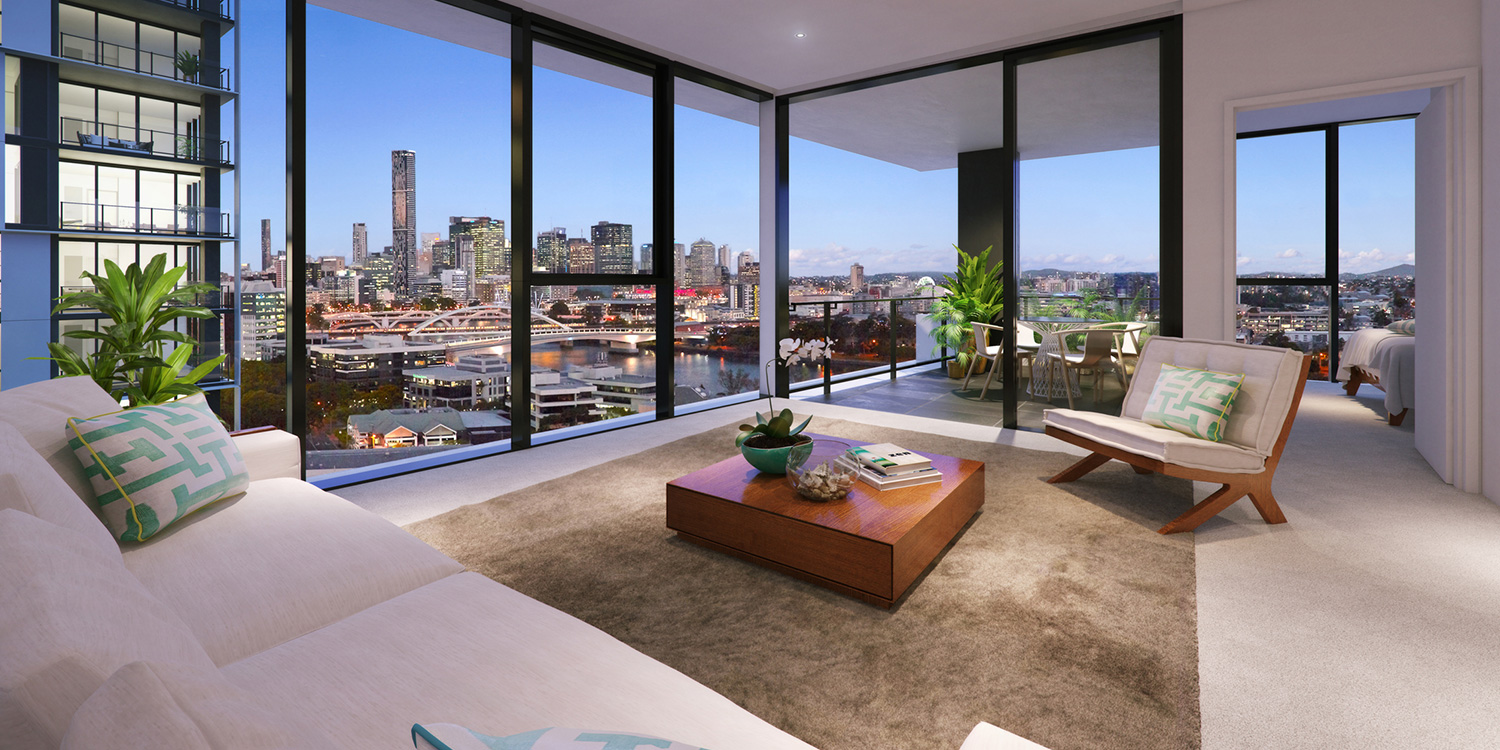 Westmark Milton will feature 1 and 2 bedroom apartments meticulously designed by award winning architects bureau^proberts. The project’s considered design and central location offers luxury, affordability, lifestyle and convenience that is quite simply unmatched. Westmark Milton has been designed to encompass panoramic views of Brisbane City and the river, as well as the picturesque Mount Coot-tha to the west. The large external entertaining areas will provide residents with elevated views, while full height glazing will provide abundant natural light into the heart of the apartments. Westmark will also house its own recreation deck located on level 6, boasting a gym, elevated lap pool, barbecues, grassed areas and sun deck. An exclusive residents sky lounge located on level 20 will also provide a more sophisticated space to unwind over a cocktail or on the outdoor yoga platform. Retail opportunities at ground level are targeted at a boutique supermarket, café and restaurant.
With medical, lifestyle and education precincts all within 10 minutes, Westmark Milton is close to everything and connected to everywhere, delivering super convenience and ultimate lifestyle appeal. Fuelled by a multi-million dollar revamp of the suburb’s rail transit infrastructure and new ferry terminal, Westmark Milton is Brisbane’s newest connectivity hub, only two kilometres from the City and right next door to Milton Railway Station. Stroll to the city’s most sought-after lifestyle precincts. Walk, cycle, train, bus, ferry or drive to the bustling education, dining, business and cultural precincts at South Bank, Caxton, Paddington and Brisbane City. The train station connects you to destinations citywide, plus you have door front access to bus corridors and Brisbane’s major expressways linking you across South East Queensland and beyond.
Westmark Milton apartments are poised for maximum capital growth. Here are just some of the reasons to consider investing in Milton: Milton’s population has an average growth rate of 4.4% per annum, making it one of the fastest growing suburbs in Inner Brisbane*; Milton has the lowest vacancy rate in Brisbane of a mere 0.6%; 65% of Milton residents live in rental apartments; Milton’s median rental price for apartments is $630 per week ^; Over 15 000 employees working within Milton; Milton is exceptionally well serviced by bus, ferry and with rail networks being only 2 stops to the city; Milton is 2km from The University of Queensland campus at St Lucia which employs over 4,400 staff and at present caters for almost 45,000 students; Almost 600,000 people are employed in Brisbane’s CBD – just 2 kilometres from Milton. Source Data: # (RP Data) ^ (Suburb View) * (Matusik)
Perfectly catered to meet the demands of a city-fringe lifestyle, Milton is the ultimate lifestyle location in the prized Inner West. Surrounded by a ring of eclectic neighbourhoods just moments from the CBD, Westmark Milton offers lifestyle and connectivity that is second to none. With a spectacular roll call of cafes, restaurants, bars and boutique stores nearby, Westmark’s position lets you to break away from everyday routine. Westmark will also house its own superb lifestyle retail at ground level. We’re thinking a great cafe, delicious deli goods, a destination restaurant, maybe a boutique fashion. The kind of stores you’d want on your doorstep. Be the first to experience a new dimension in urban living with entertainment, shopping, transport and dining options on your doorstep.