The gold diggings are the centre point of the complex, featuring a winding creek in which visitors are able to pan for real gold. This area is surrounded by tents and buildings contemporary to the early years of the gold rush. A recent addition to Sovereign Hill is the Gold Pour where pure gold valued at over $100,000 is melted and poured into a three-kilogram bullion bar. There are two mines which have guided tours at regular intervals. The Red Hill Mine is a self guided tour that tells the story of a group of Cornishmen and their discovery of the Welcome Nugget. The Sovereign Quartz Mine runs 40 minute guided tours and features several underground displays. Above ground it also features steam-driven machinery for pumping water and processing the ore. More recently an attraction titled “Trapped” has been added. This underground exhibit tells the story of the mining disaster at Creswick in 1882 in which 22 miners died because of the collapse and flooding of the New Australasian No 2 Mine. This is still considered Australia’s worst mining disaster. 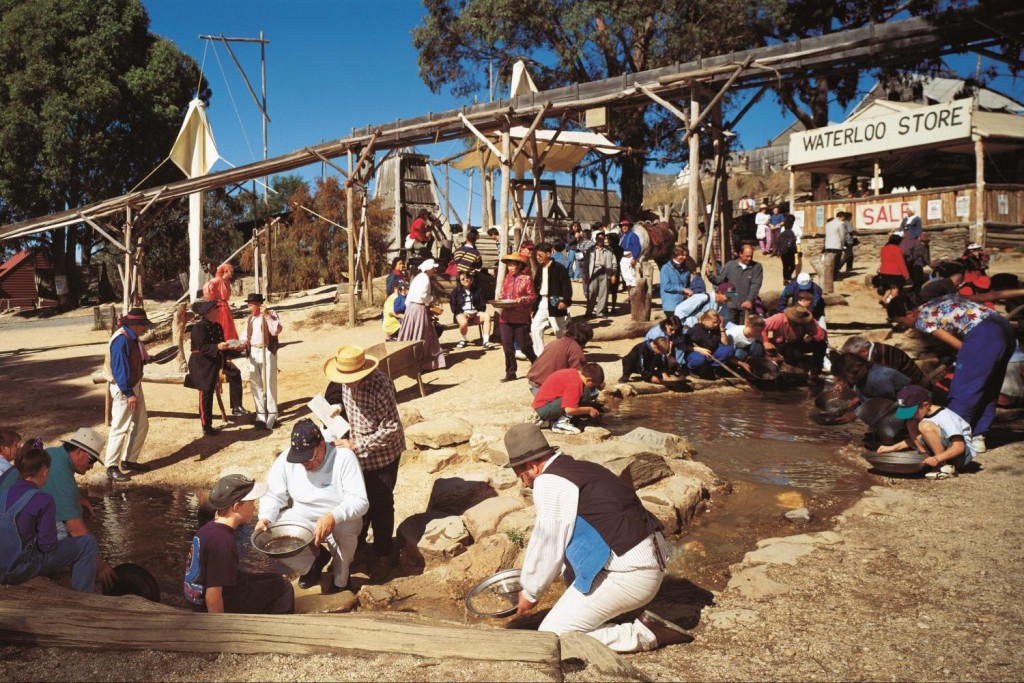 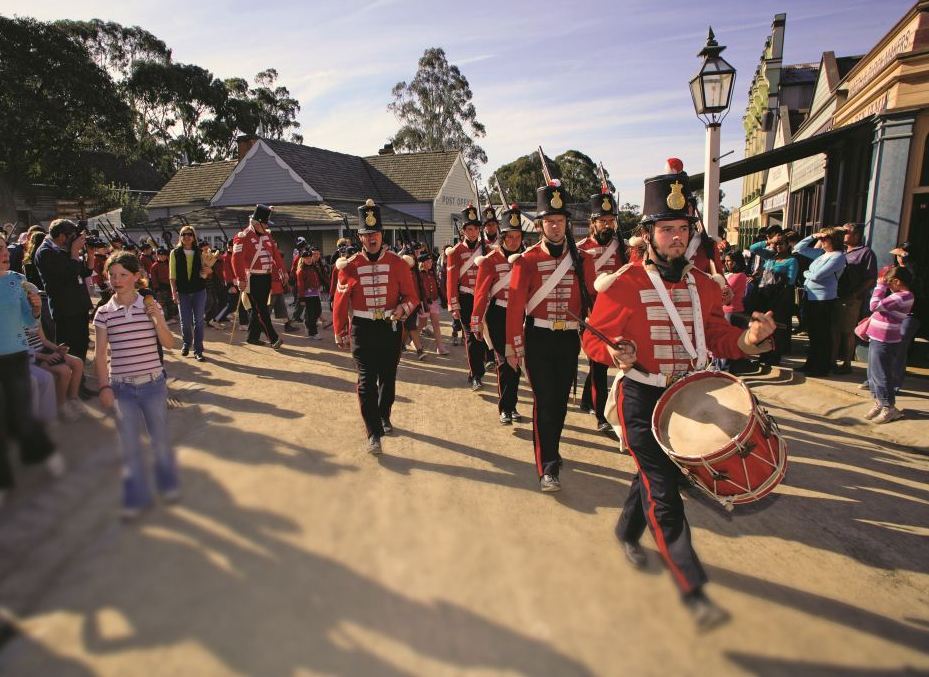 The Main Street is lined with shops, two hotels and a theatre. Among the shops on Main Street there is also a blacksmith’s workshop, stables, photography studio, apothecary, bakery, jeweller’s shop, grocer, tentmaker, tinsmith, bank, post office, nine-pin bowling saloon and library. Behind the Main Street there are a number of cottages which are open for visitors. There are also four schools where children in school-groups dress in period costume and attend as a child of the 1850s. A number of workshops at Sovereign Hill, display traditional trades such as coachbuilder, wheelright, tinsmith, blacksmith and farrier. Blood on the Southern Cross is a son et lumiere show depicting the Eureka Stockade story of 1854. Run at night for a length of 90 minutes, using only sound and lights.